That’s why we went back to the British Virgin Islands in November 2015. It was just the best, cheapest thing we could do, with cheap airfare to St. Thomas and very reasonable lodging before the start of the high season.

We started with three nights on Virgin Gorda, because why not? Anytime you can go to Virgin Gorda you might as well just go to Virgin Gorda. We weren’t able to rent a dinghy and putter around the North Sound on our first trip, so we called in advance and reserved one, then booked a hotel room at Leverick Bay Resort & Marina.

I know what you’re thinking. A hotel room? Really? But it had a coffee maker and mini-fridge, was a hundred yards from the dinghy dock, and was only for three nights. And this was the view! 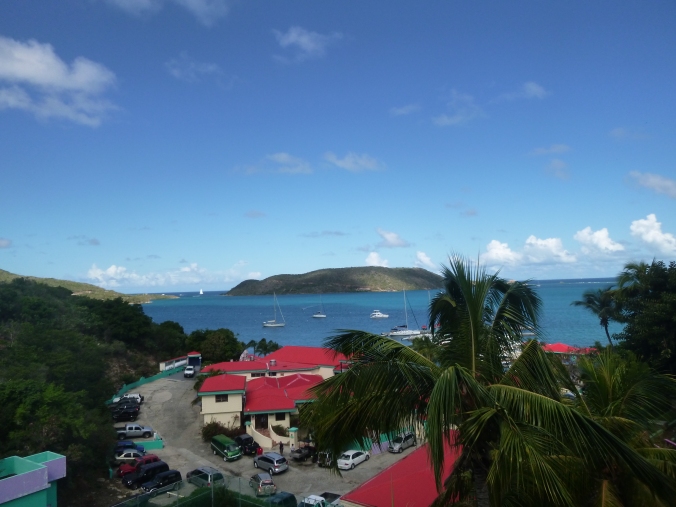 That island in the middle of the picture is Moskito Island, where the Obamas stayed a little over a year later.

Leverick is not the fanciest, but it’s a really fun place nonetheless.

So here’s what’s funny. We laboriously made our way to Virgin Gorda (such a beautiful ferry ride, but I fall asleep every time) and go down to the dock the next morning to confirm our dinghy rental. What did we end up doing? Cancelling the dinghy and booking an all-day, five stop snorkeling trip. What can we say? It was a really great deal. Something like $125 each and literally all day, 8:30 to around 4:30.

With that done, we went back to some of the better places on Virgin Gorda, especially Spring Bay. 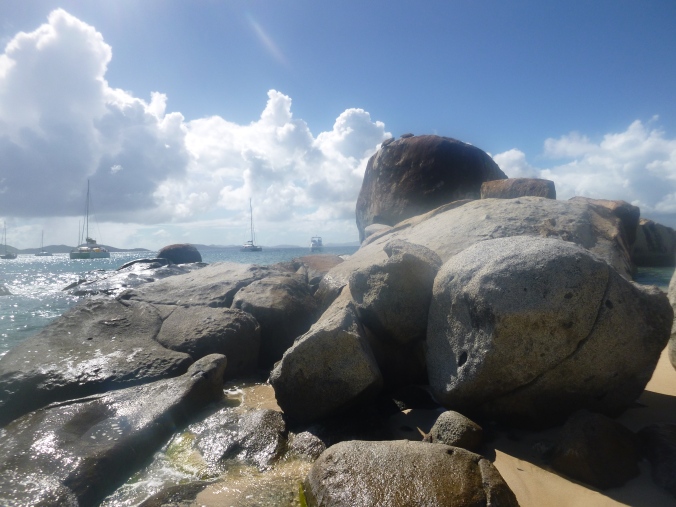 Spring Bay has got the beautiful rock formations of the Baths, with about 10% of the people.

So, a side note: I have a tendency to be an annoyingly good orderer. Somehow I almost always manage to order the best thing on the menu, and for a certain kind of person (mainly my mom) it eventually becomes kind of annoying. On this particular trip I kept eating hot dogs for lunch, and every single time they were better than Buck’s order. The one at the Yacht Harbor that day was one of the better hot dogs ever (it really helps when you’ve got a good view).

The next day we started out from Virgin Gorda bright and early, stopped at first off of Cistern Point off of Cooper Island for a snorkel, and then went to Cooper Island for coffee and snacks. Love that place. Then we went to the Indians for snorkel number two. I think they’re probably the best snorkeling in the BVI (and maybe all of the Virgin Islands, including the U.S. ones).

Then for our third stop we had lunch at the infamous Willie T.  It’s currently busted up on the shore post-Hurricane Irma, but it had a long and storied history of drunken escapades.

People would strip and jump off the top deck. Yep.

From there it’s almost swimming distance to the caves on Norman Island, which is perhaps Treasure Island itself. Look it up, there was actual buried treasure! They get very crowded, but were much better than I expected. 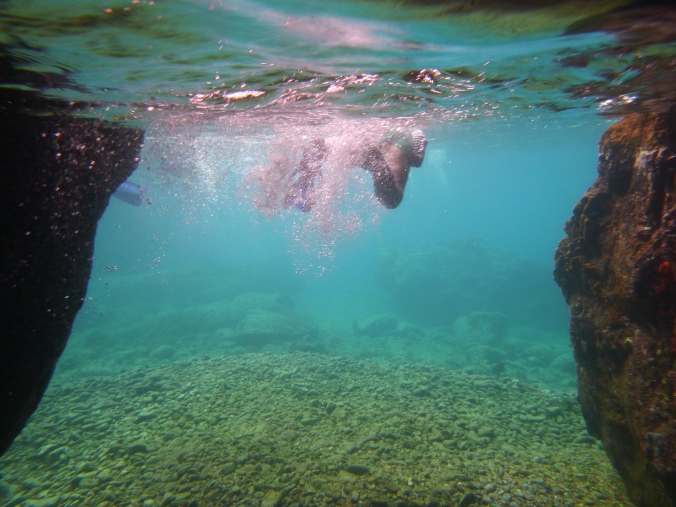 We had two more stops, both of which were much more unexpected and uncrowded: Peter Island and Fallen Jerusalem. Of those, Fallen Jerusalem was the most wonderful and unexpected. It’s an uninhabited rocky island, near the Baths and very similar in feeling. 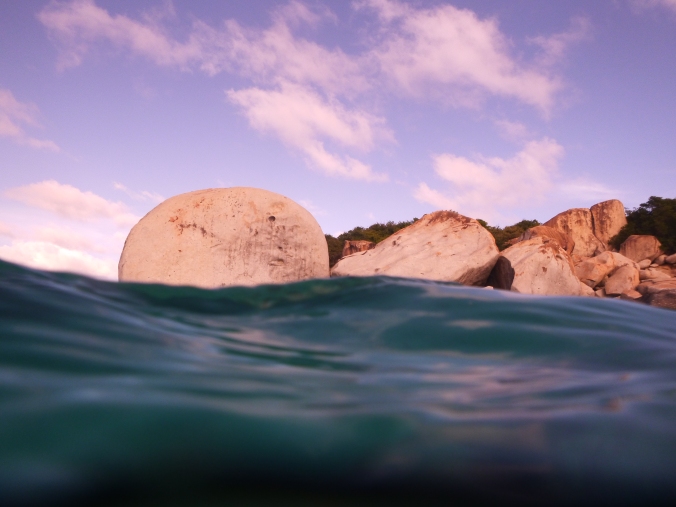 In one bay fisherman used to stop and drop off all of their conch shells and there are huge mounts of them everywhere. There was no one else there. No one.

So that’s five stops, and what a day it was! We were waterlogged and exhausted, barely able to drag ourselves down to the beach bar for food. But the next day we were off for Tortola!