I’ve already talked about loving Jamaica, although spending four days on the Negril cliffs drinking Red Stripe doesn’t really count as knowing the country. But those four days were truly spectacular, and not just for the scenery (beautiful), the water temperature (absolutely perfect), or the food (wow).

I hate to generalize about people and places. Jamaica is in some ways a very sad place that makes you realize exactly how unfair the world can be and exactly how much middle-class Americans are some of the luckiest people to have ever lived. While you’re complaining about the price of gasoline for your larger-than-necessary vehicle, there are people living in garden sheds in a hurricane zone.

That being said, Jamaica was amazing for its truly unique, distinct local culture. We weren’t in a big resort, but I’m sure if we were we wouldn’t mistake it for a big resort somewhere like Punta Cana or Mexico. For one thing, those places don’t have weird reggae muzak wafting over your beach loungers. But really, it was the people. We didn’t feel like everyone was just tolerating the gringos because they were getting paid. They were happy to just hang out. It’s a culture of chatting and dominoes. Even the many hustlers would chat a bit as they tried to sell you something (usually weed).

One night in Negril we walked down the cliff road and grabbed some grilled chicken at the side of the road and ate it at a picnic table while looking through the window of a local bar where everyone was watching the high school soccer championships on television. They were all acting like Western Pennsylvania football fans, who will watch the game on any level, pee wee to pro, and scream at the field or TV. There was just something about it that made me happy.

So, leaving aside the inherent moral difficulties of generalizing about entire cultures, I want to go back to Jamaica.

This time, we want to go a little farther off the beaten path, to Treasure Beach. It’s a series of bays on the south coast, about two and a half hours from Montego Bay. It’s where you catch boats for the Pelican Bar. There are some small uber-chic small hotels, lots of inexpensive guesthouses, and a nice selection of rental villas. 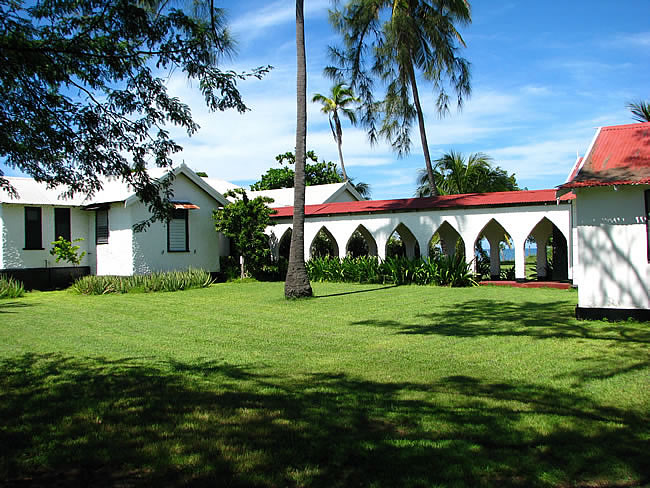 They’re big on faux-Moorish architecture in Treasure Beach, which is fine by me.

There’s one thing that weirds me out about it: a cook/housekeeper is included in the cost. All you have to do is pay for the food (and tip generously). This is a common arrangement in Jamaican villas and I’m sure most people love it. My first big objection: I love the food in Jamaica and I’d probably prefer exploring every single restaurant in the area. Second big thing: would we have to be sociable and dressed first thing in the morning? Third: would we have to decide what and when to eat 24 hours in advance?

Maybe we’re just so used to bare bones travel that we wouldn’t know how to act when luxury is included in the budget cost!

I have a couple more small places picked out in Treasure Beach, and last week I found airfare for $355 in November. If Buck didn’t have a big work thing at exactly that time, we’d be there in a heartbeat.